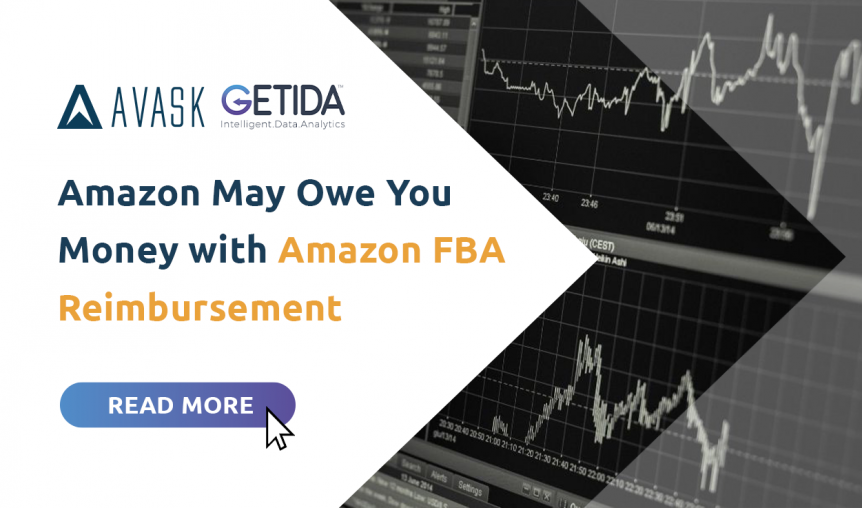 Yes, that’s right, if you are an Amazon FBA (Fulfillment by Amazon) seller, you are probably owed FBA reimbursement for Amazon mistakes in handling your inventory. Why didn’t you know this?

Well, it’s not that Amazon is trying to hide its mistakes, it’s just that they don’t always let you know about their mistakes. If you assume you are receiving FBA reimbursements automatically for corrections in overcharges and accounting errors, you aren’t always. Actually, Amazon expects you to keep track of its errors and file claims for FBA reimbursement. And if you don’t do this within an 18 month window from the time the error or overcharge occurs, the FBA reimbursement turns into lost money.

How much money can you stand to lose? FBA reimbursements can amount to as much as 3% of your annual revenues. Do the math.  If your sales total about a hundred thousand dollars annually, that’s $3,000 left unclaimed. But whatever the amount is, it’s money that is rightfully owed FBA reimbursement.

Let’s take a look at this whole issue of Amazon FBA reimbursement and how you to ensure you get the money you are owed:

What Qualifies for Amazon FBA Reimbursement

There are a variety of situations that qualify for Amazon FBA reimbursement are:

In some of these situations, though not all, Amazon is supposed to provide FBA reimbursement automatically. But it doesn’t always. Bottom line: It is your responsibility to determine if you are overcharged and provide proof in a claim filed with Amazon. Any claim for FBA reimbursement must be filed within 18 months of its occurrence.

How Do I Know that I Can Claim Amazon FBA Reimbursement

You have to regularly audit your shipping and inventory records to determine if you are owed FBA reimbursement. In addition, you need to file a claim to the appropriate Amazon department, otherwise the claim is rejected and you have to refile.

Where to Submit Claims for Amazon FBA Reimbursement

Potential FBA reimbursements are claimed under the following headings:

How to Manage FBA Reimbursement

If you have more than a few SKUs, managing your FBA reimbursements becomes a time consuming process that distracts from actually running your business.

Assuming you don’t have the time to look for potential FBA reimbursement, submit claims and follow up on those claims, there are a few options.

Hire someone. The drawback here is finding someone who is familiar with the FBA reimbursement process. You could train a new employee or hire a virtual assistant, but that works only if you are fully familiar with the FBA reimbursement process and you have the time to train someone. Plus you are adding salary to your overhead. An additional issue is one of trust; do you want a new hire to have access to your Amazon seller account?

Either hiring an employee or a virtual assistant is better than letting Amazon keep your FBA reimbursement money. But there is a better way.

GETIDA stands for GET Intelligent Data Analytics. It was started by highly successful Amazon sellers frustrated by the lack of an easy way to audit their reports and obtain appropriate FBA reimbursement. Once the software was developed, they hired a dedicated

dedicated team with experience in Amazon reimbursement to file claims.

They were so successful in recovering FBA reimbursement claims, they established GETIDA to help other Amazon sellers to become the leading global  global solution provider in this highly specialized segment.

Unlike other services that just analyze the data leaving you to file and follow-up on claims, GETIDA does both. GETIDA auditing software easily and clearly tracks your Amazon FBA inventory transactions, refunds, seller data analytics, and FBA reimbursements. A dedicated Amazon FBA experienced account team submits and follows up on your claims for as long as it takes to get you the money you are owed.

There’s no obligation to proceed. If that weren’t enough incentive, you can get $400 in FREE FBA Reimbursements to try them out.

If you’re asking if Amazon may owe you money with FBA reimbursement, GETIDA can get you the answers that get your money back.