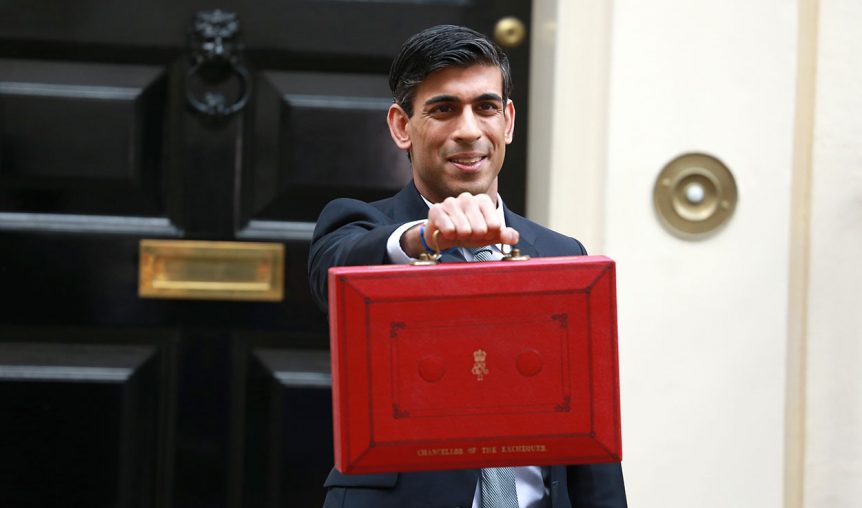 Public research and development (R&D) investment will increase to a record level of £20 billion by 2024/25. Combined with R&D tax reliefs, which the government intends to modernise and refocus, total government R&D support as a proportion of GDP is forecasted to increase from 0.7% in 2018 to 1.1% in 2024/25.

In its report prepared for the Budget, the Office for Budget Responsibility (OBR) altered its prediction for economic growth in 2021 to 6.5% – a significant rise when compared to its previous forecast of 4%.

Mr Sunak also announced significant changes to fuel duty and alcohol duties: fuel duty will be frozen at 57.95p per litre for 2022/23, and drinks will be taxed in proportion to their alcohol content, making the system ‘fairer and more conducive to product innovation in response to evolving consumer tastes’.

Meanwhile, the government will give £11.5 billion to help build up to 180,000 affordable homes, whilst an additional £4.7 billion will be invested in the core schools budget in England.

The Chancellor also confirmed that the government will increase the National Living Wage to £9.50 per hour from April 2022, and cut the Universal Credit taper rate from 63p to 55p.

Announcing the allocation of the first round of the Levelling Up Fund, the Chancellor committed £1.7 billion of local investment in local areas, whilst the UK Shared Prosperity Fund will provide £2.6 billion to help people get into jobs and get on in life.

Business rates see change in the Budget too: the Chancellor unveiled a new temporary business rates relief in England for 2022/23 for eligible retail, hospitality and leisure properties, worth almost £1.7 billion. The government stated that the reform of business rates will make the system fairer, more responsive and more supportive of investment.